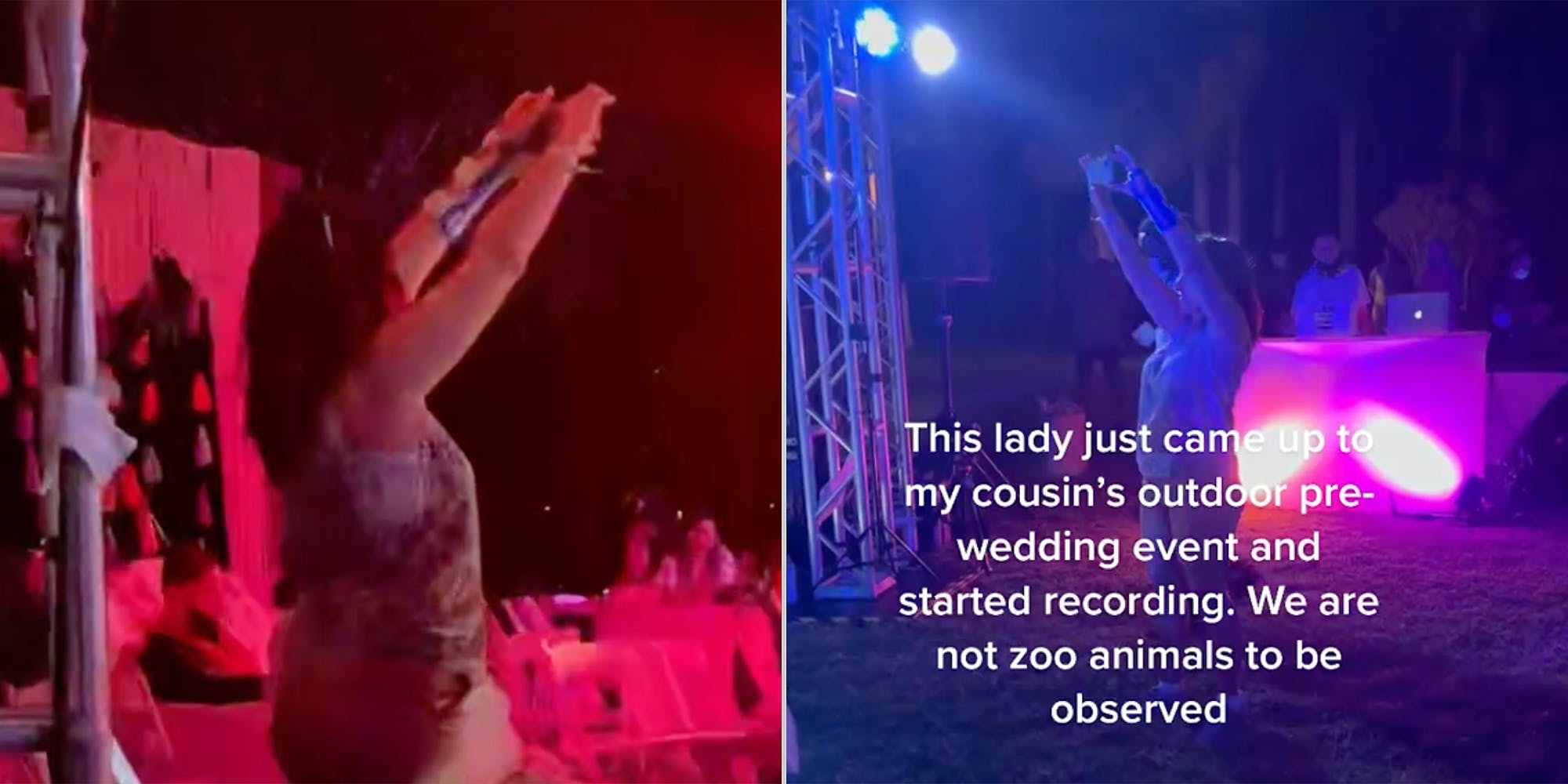 A woman crashed a Punjabi wedding celebration and started recording the festivities without permission, a viral TikTok video shows.

Sabrina’s (@sabrinamalhi) TikTok shows a random woman walking up to the TikToker’s cousin’s pre-wedding celebration in the Dominican Republic and recording it as if it were an exotic event.

“This lady just came up to my cousin’s outdoor pre-wedding event and started recording. We are not zoo animals to be observed,” the TikToker stated in the text overlay of the video.

“#Whydowhitepeople” is one of the hashtags the TikToker used to caption the clip.

The woman, who is white, can be seen walking around the stage and recording from different angles.

Many commenters noted how cultural celebrations are not automatically a spectacle for outsiders, especially if they’re not invited, and slammed the woman. Some even referred to the woman as a “Karen.”

“The amount of white people that started taking pictures and recording our weddings. We had to walk up to them to tell those grown-ass people that doing it is not okay and they had to delete it,” @nhhs1 said.

Others, on the other hand, thought the lady was harmless and simply appreciative of the culture.

“I would have invited her to join in and have food and drinks… that’s usually how we Desi do it,” @bgg1313 said.

“As a Muslim Desi living in America I’ve encountered instances like these, and personally I like the fact that they enjoy my culture,” @hnnnhnh said.

Still, many took issue with these sentiments and pushed back on them.

“Ppl who are like ‘i would’ve invited her ‘ ‘she’s just appreciating’ like yikes found the people who record strangers for fun,” one said.

‘She can appreciate froma distance and with her phone put away 🙂 if a POC randomly started recording an event, all the yts would call the cops,” another claimed.

The Daily Dot reached out to Sabrina for comment via TikTok direct message.

The post ‘We are not zoo animals to be observed’: Karen crashes Punjabi wedding and records festivities in viral TikTok, sparking debate appeared first on The Daily Dot.