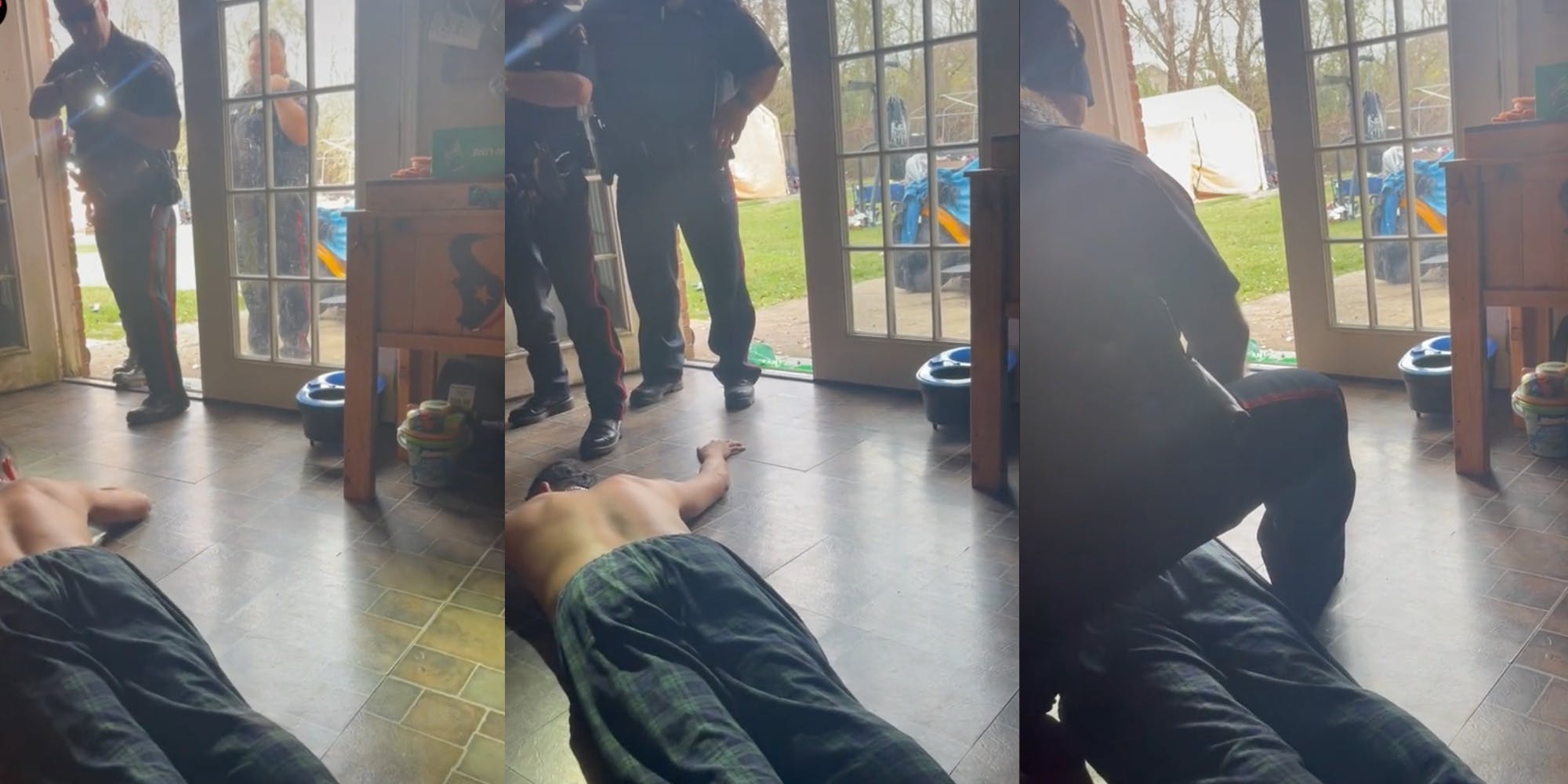 The video shows police yelling at a young woman and her family members in order to gain access to another family member who is in the bathroom. When the young woman filming, @biancarodriguez23, asks if they have a search warrant, one of the officers tells her, “We don’t need one right now.”

Another family member is handcuffed while on the ground before being told why, with the officer telling him that the act is for their own safety and that it will be explained “in a minute.”

Not every occasion requires a warrant, but it is unclear what circumstances in this situation allowed police to legally enter the home without a search warrant. These exceptions include emergency situations, exigent circumstances such as the possibility that someone is actively destroying evidence, or consent from the person inside.

The poster of the video, @biancarodriguez23, has not shared any additional information for why police were there and on what authority they were able to enter the home.

While this information was not available, she did state that the family is seeking legal action.

Commenters found the footage she shared to her TikTok account scary, but pointed out that there are missing pieces to the story, like why police were there in the first place, and what happened after they left.

“So why aren’t you explaining what their reason was for being there when you said in a comment on part 2 they explained after?” one commenter wrote. “Seems fishy.”

Others disagreed about whether the entry was legal.

One commenter claiming to be a parole officer wrote that the situation looked to be an illegal entry by the police in their opinion.

“I am a parole officer and this is illegal entry,” they wrote. “Then he call back for a back up unit stating suspect refusing to come out the house and they in the house.”

The Daily Dot has reached out to the Pasadena Police Department directly as well as @bianacarodriguez23 via Instagram regarding the incident.