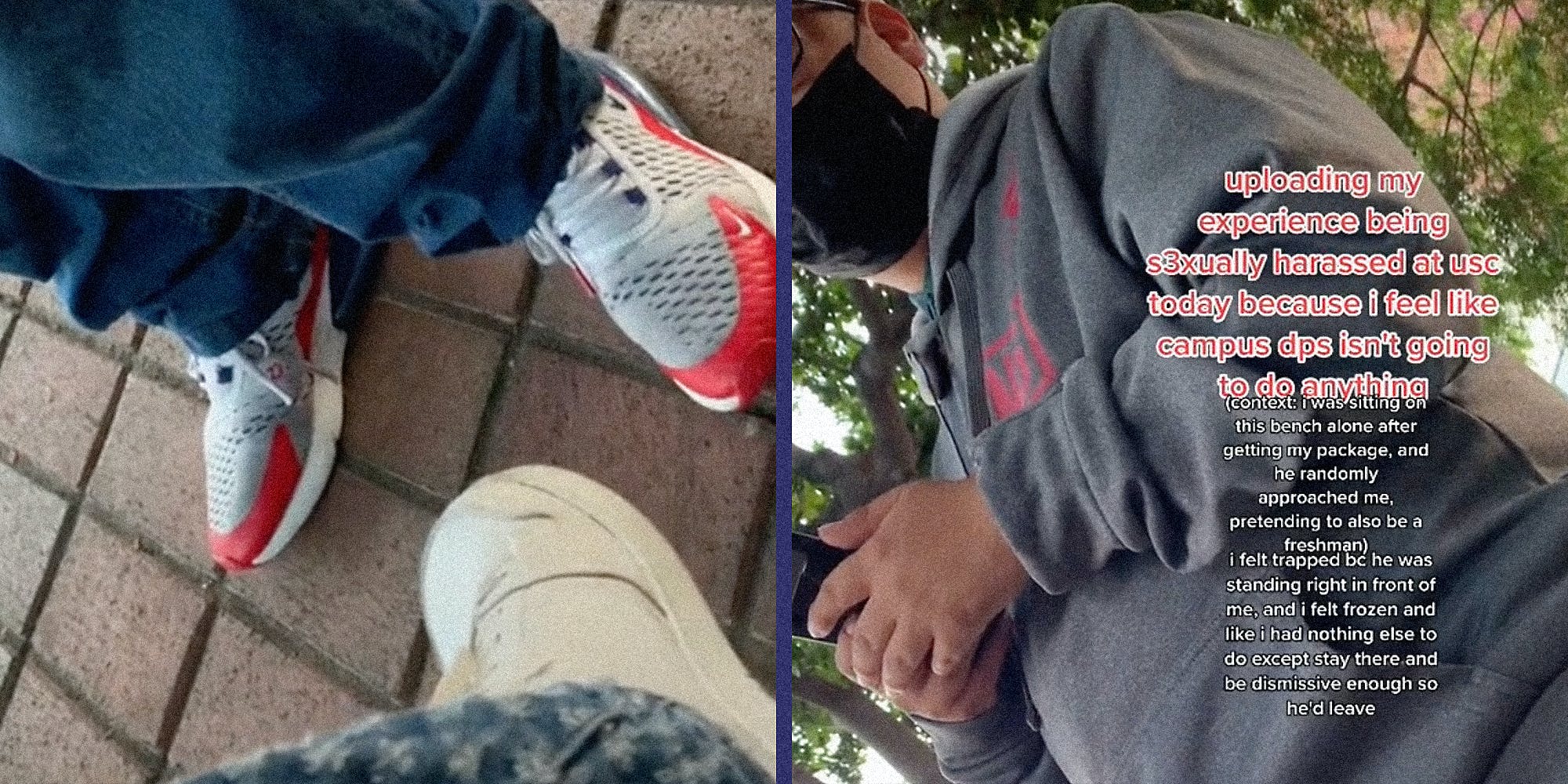 A TikToker filmed herself being hounded by a man she says was “at least in his late 30s” who pretended to be a fellow freshman at the University of California.

The freshman, who identified herself as Chloe, told the Daily Dot that the incident took place on Saturday evening when he walked up to her while she was on her phone and asked to be her “friend.”

“[This] immediately set me off, and gave me a red flag because usually, someone doesn’t approach a stranger saying that,” she told the Daily Dot.

there’s a 2min long video after this, and i was shaking the whole time i hate being a girl #college #collegegotmelike #ChimeHasYourBack #collegelife

At the beginning of the video, Chloe tells the man she won’t give him her Instagram handle. He responds by saying he has no friends.

In one part of the video, Chloe asks the man which dorm he lives in, to which he doesn’t seem to know the answer.

“I’m staying at the village,” he says.

“What part of the village?” she asks.

“Oh, the freshman dorm,” he responds.

After Chloe asks the name of the dorm, the man takes out his phone to look at something, and fumbles, “I think it was…” After a short pause, Chloe says, “If you’re a freshman, you should know.”

Chloe told the Daily Dot that she was sure the man wasn’t a student because it was a game day which meant that there would be outsiders from campus.

“He then asked where I was going, and I mentioned my boyfriend, which didn’t seem to bother him, and he asked to take me out, to which I said no,” she added.

She said he asked to take her out one more time, and she again declined.

She added that once she finally managed to get him to leave, she broke down.

“After I kept being dismissive and telling me no, he told me, ‘you’re smart’ which really bothered me,” she said. This discomfort was felt by some of her followers on TikTok as well.

“He said you’re smart because you didn’t give in that is SCARY,” one user wrote in the comments.

Chloe said she went in person to file a complaint with the Department of Public Safety at the university but was asked to just call the department instead.

“Honestly I still have no idea of what to report, like incidents like what I experienced are so normalized for women that we think it’s a normal thing to go through,” she told the Daily Dot.

She said there are other students who have allegedly been approached by the same man.

The video, which was posted on Monday, has been viewed more than 15,000 times.

Commenters said they could relate to Chloe in the video, especially that she felt coerced into engaging politely.

“I would have done the same,” wrote another user. “Don’t listen to people telling you it’s your fault! Ur trying to lead him away from doing anything that will aggravate him.”

The Daily Dot reached out to the university’s Department of Safety for comment.

The post ‘We think it’s a normal thing to go through’: Commenters praise TikToker for dodging stranger’s inappropriate questions appeared first on The Daily Dot.