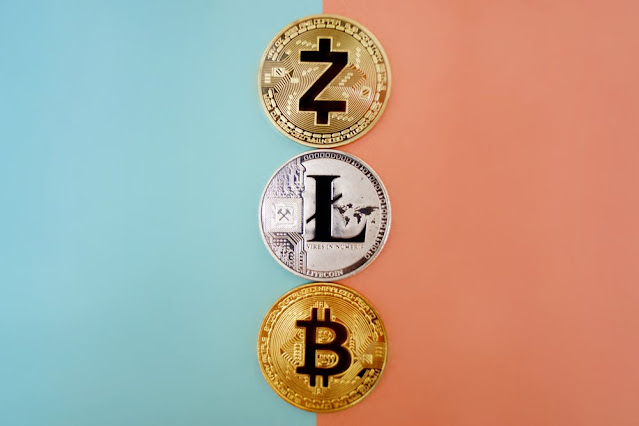 last week the cryptocurrency market persistently asked the gnawing and annoying question, “Why?”

Specifically, why did someone make a massive purchase of $1.6 billion worth of bitcoin on Wednesday in a couple of minutes?

While many see this huge buy as a signal of bullishness, there may be more complex answers when one zooms out and looks at the overall picture, one that involves capital markets beyond the relatively small world of crypto.

Some of the clues about why – and who – may be found in what, where, when and how this enormous bitcoin trade happened.

As CoinDesk’s Muyao Shen reported Wednesday, a buyer or a group of buyers entered an order on a centralized exchange to buy $1.6 billion worth of bitcoin. That’s not nothing – to put it in perspective, that’s roughly 4.5% of the average daily volume in the bitcoin spot market over the past two months.

That much supply hitting the market in under five minutes (13:11 to 13:16 UTC Wednesday) is a lot to jam into any one exchange (or three). It almost immediately sent bitcoin prices skyrocketing 5% to roughly $55,500. 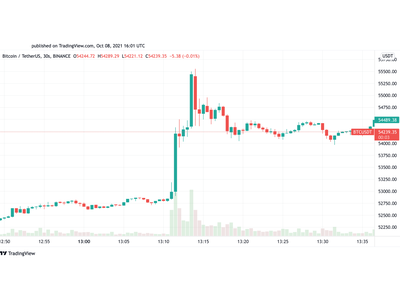 A buyer with a long-term perspective would be more careful if the goal was to get in at the best possible price to mitigate the risk of that rascal known as slippage.

Slippage is more than what happens when a bartender fills your glass to the brim and you walk it over to your table while George Thorogood is blaring in the background. It’s the difference between the execution price and the midpoint between the bid and ask price that got you to take on the trade in the first place. With a big buy, filling every offer eventually pushes the transaction price (and thus the average execution price) higher and higher. But do it in dribs and drabs and you give new sellers time to place orders that can be filled slowly but at a potentially lower price than if it were to be done all at once.

Here’s an example, albeit on a bigger scale, of how one firm handled a major buy of bitcoin: Last year, when MicroStrategy purchased $450 million in bitcoin, the company did so in smaller clips from Coinbase over the course of five months, not five minutes. While the price eventually moved up over the course of those several months, each trade didn’t cause it to shoot up with the same kind of ferocity seen this past Wednesday, thus keeping CEO Michael Saylor’s costs from, well, slipping away from him as he bought.

That wasn’t the case this past week with whoever plunked down the equivalent of $1.6 billion for bitcoin. It seems Wednesday’s big buyer was in a big hurry to get the trade done.

Trying to pin down the exchange that took on this trade offers some hints about the buyer’s motivation.

The price of bitcoin on Coinbase relative to other exchanges rose sharply as the trade was underway, leading some to speculate that the regulated U.S. exchange was the platform where the transaction happened. However, a little more digging into the data places the trade in Asia.

Three exchanges saw particularly large volumes in their perpetual futures contracts, according to Ki Young Ju, CEO of data provider CryptoQuant. Those three – Binance, Huobi and ByBit – while not technically based in China, have long had ties to the country, where yet another crackdown on crypto was recently announced. 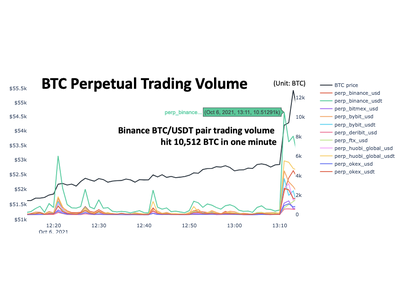 “Whales bought up $BTC in the perpetual futures markets yesterday mostly at @binance, @HuobiGlobal and @Bybit_Official. Basis ratio says it was futures-driven, and they punted long positions as open interest skyrocketed at that time. These guys know something,” Ki tweeted Thursday.

Ki hypothesized that one possible explanation could be traders taking on huge positions ahead of a rumored approval by the U.S. Securities and Exchange Commission of a futures-based bitcoin exchange-traded fund (ETF). The buzz hit the market after the regulator’s chairman, Gary Gensler, merely reiterated his previously stated preference for a futures-based ETF should one ever get launched.

“If this move was the ETF front-running from US whales, they are likely to use non-US exchanges to avoid blame for insider trading IMO,” Ki tweeted, shooting down the idea that the trade came from an order on Coinbase. “Spot trading volume dominance for Coinbase is increasing lately, but not that high compared to early this year.”

Again, that doesn’t explain the trader’s willingness to accept slippage. After all, front-running a regulatory action a full week after speculation began by piling all in with one big order wouldn’t be prudent or rational. That doesn’t mean irrational exuberance doesn’t exist in crypto markets; for many participants it’s a feature, not a bug. But that’s not something usually characteristic of an entity with the resources to take on a billion-dollar trade.

Rather, the fact these three perpetual futures exchanges originated in China (though no longer based there) may be more significant than just their relative liquidity.

It’s an eerie coincidence a trade of this magnitude happened on exchanges with ties to Chinese customers in the middle of a week beset by capital market woes in that country.

Two days before the transaction took place, Fantasia, a real estate developer based in China, missed a bond payment of $206 million. That led to the company getting downgraded by ratings agency Fitch. The situation isn’t just limited to one company as Standard & Poor’s downgraded fellow Chinese developer Sinic. Of course, the two pale in comparison to Evergrande, the overleveraged real estate behemoth that has been teetering on default. Shares of Evergrande were halted from trading Monday as well.

Another large real estate developer, Chinese Estates Holdings, decided to go private Thursday after the market slammed its stock by more than 40%. Chinese Estate Holdings is a major investor in Evergrande.

This is a roundabout way of saying there’s some serious contagion going on in the Chinese real estate market. That’s not good for the country’s economy given that roughly one-third of its economic activity is related to the real estate sector, whereas it’s only one-sixth or so for the U.S. 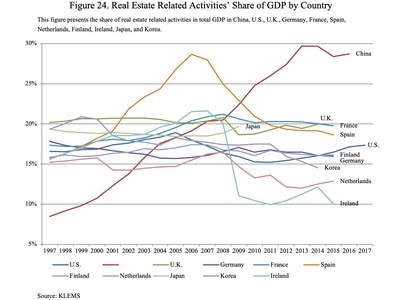 While the purchase is denominated in the press as $1.6 billion, it wasn’t actually $1.6 billion in greenbacks paid for bitcoin.

For one, if CryptoQuant’s Ki is correct, this was first done in the perpetual futures market, not the cash market. That means actual bitcoin may not have gone to the initial buyer. Nonetheless, it will have an effect on the cash market because the two move in tandem.

Also, dollars themselves were most likely not the currency used but instead the transaction appears to have been largely done using the stablecoin USDT, issued by Tether, which was an on-ramp for many in China to trade on exchanges like Binance or Huobi.

“Most trading volume was from BTC/USDT,” Ki told CoinDesk regarding Wednesday’s trade, “which means buyers already had USDT coins.”

A look at trading volumes on data site CryptoCompare.com shows that at the time the trade occurred, the pair of BTC/USDT outpaced BTC/USD (bitcoin for the U.S. dollar) by roughly 2-to-1.

That means someone with significant USDT holdings – even if a fraction of the actual transaction since leverage could have been involved – converted their stablecoin holding to bitcoin exposure, if not the actual coin itself.

Remember a minute ago when we talked about Chinese corporate debt? Here’s something interesting: On Thursday, BloombergBusinessWeek released its cover story, “Anyone Seen Tether’s Billions?” Toward the end, author Zeke Faux writes, curiously:

“After I returned to the U.S., I obtained a document showing a detailed account of Tether Holdings’ reserves. It said they include billions of dollars of short-term loans to large Chinese companies – something money-market funds avoid. And that was before one of the country’s largest property developers, China Evergrande Group, started to collapse.”

He goes on to say:

“Tether has denied holding any Evergrande debt, but [Stuart] Hoegner, Tether’s lawyer, declined to say whether Tether had other Chinese commercial paper. He said the vast majority of its commercial paper has high grades from credit ratings firms.”

What is on Tether’s books remains hidden to the outside world. But if the mystery buyer saw the same document as Bloomberg’s Faux, or other compelling evidence that Tether is indeed exposed to China’s credit market, then they would have a strong motivation to unload USDT. Even $1.6 billion in one fell swoop.

Again, that’s just conjecture. Unless and until we know who did it, we may never know the trader’s motivation.

Nor will we know if it was the right move, especially if the contagion spreads to crypto.