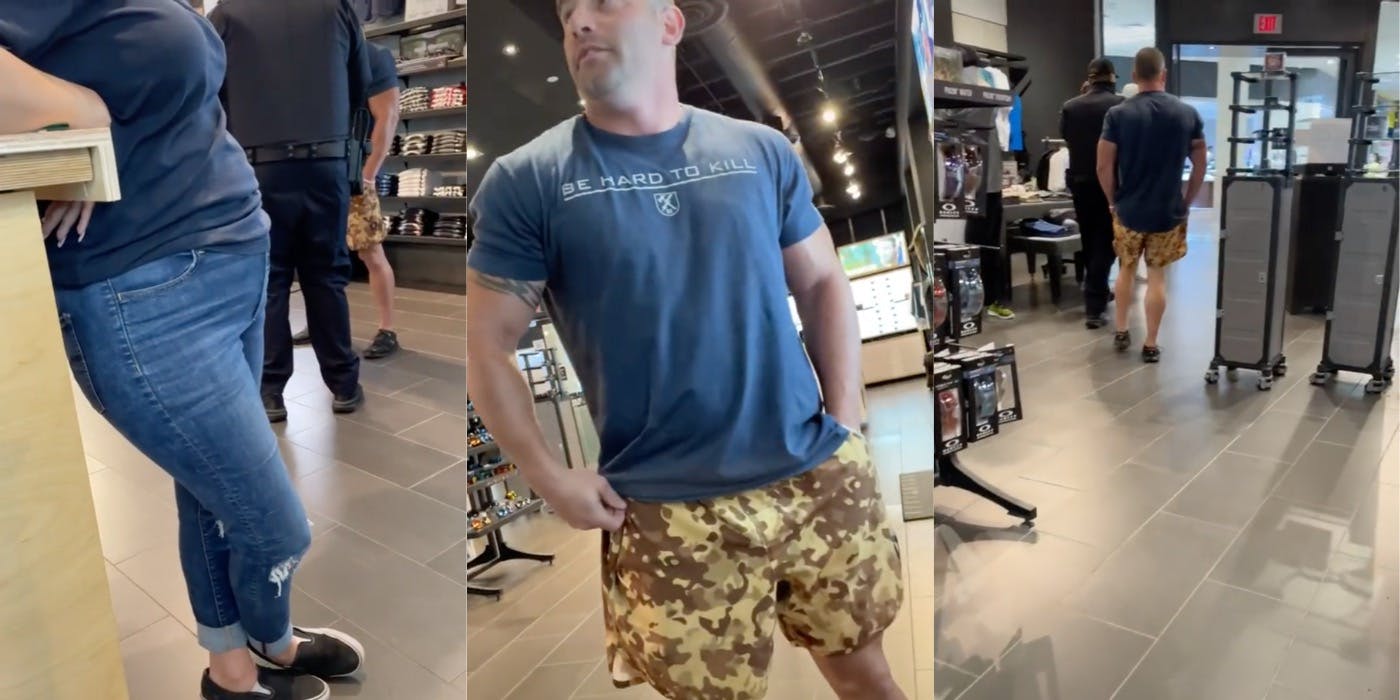 A viral TikTok video shows a male Karen refusing to leave a store in a San Antonio mall after a retail worker kicks him out for defying the mask policy.

Filmed and posted by @motherofmavis, the video has over 1.1 million views. The footage shows her attempting to shoo away a tough guy male Karen who’s intent on evading the store’s mask mandate. The incident takes place at the Oakley store inside of Northstar Mall in San Antonio.

The video caption reads: “So if y’all can help me find out who this guy is, I would greatly appreciate it. Y’all please be safe. #malekaren #northstarmall#sanantoniotx.”

“I need you to leave my store,” she said to the male Karen in the video.

She reminds him of the mask requirement, to which he says, “I don’t give a fuck.”

He then claims the mandate is “illegal,” as she asks him to leave the store.

“Go get security,” the male Karen says to the employee, who had already called for assistance. “If it was that much of a deal, you would’ve gotten security already.”

He continues to disobey her requests and disrespect her.

“Why are you acting like a child?” she asks the male Karen bro, who returns the question to her before asking why her store had a mask policy.

“I don’t give a shit about your sign on the door,” he says, just as security arrives.

The guard asks him to leave, but he first refuses, saying nonsensically that “she’s discriminating.” But the guard separates the two parties and has a brief conversation with the anti-masker.

One commenter notes: “Funny he acts all tough with the girl but calm with the security guard.”

She tells the guard that he “threw product on the floor” and that she feels “very unsafe.”

The anti-masker tells the guard that he wants to write a report and tells her on the way out, “See you, dumbass.”

The Daily Dot has reached out to the TikToker for additional information.

The post ‘Why are you acting like a child?’: Male Karen refuses to leave after retail worker kicks him out for defying mask policy appeared first on The Daily Dot.