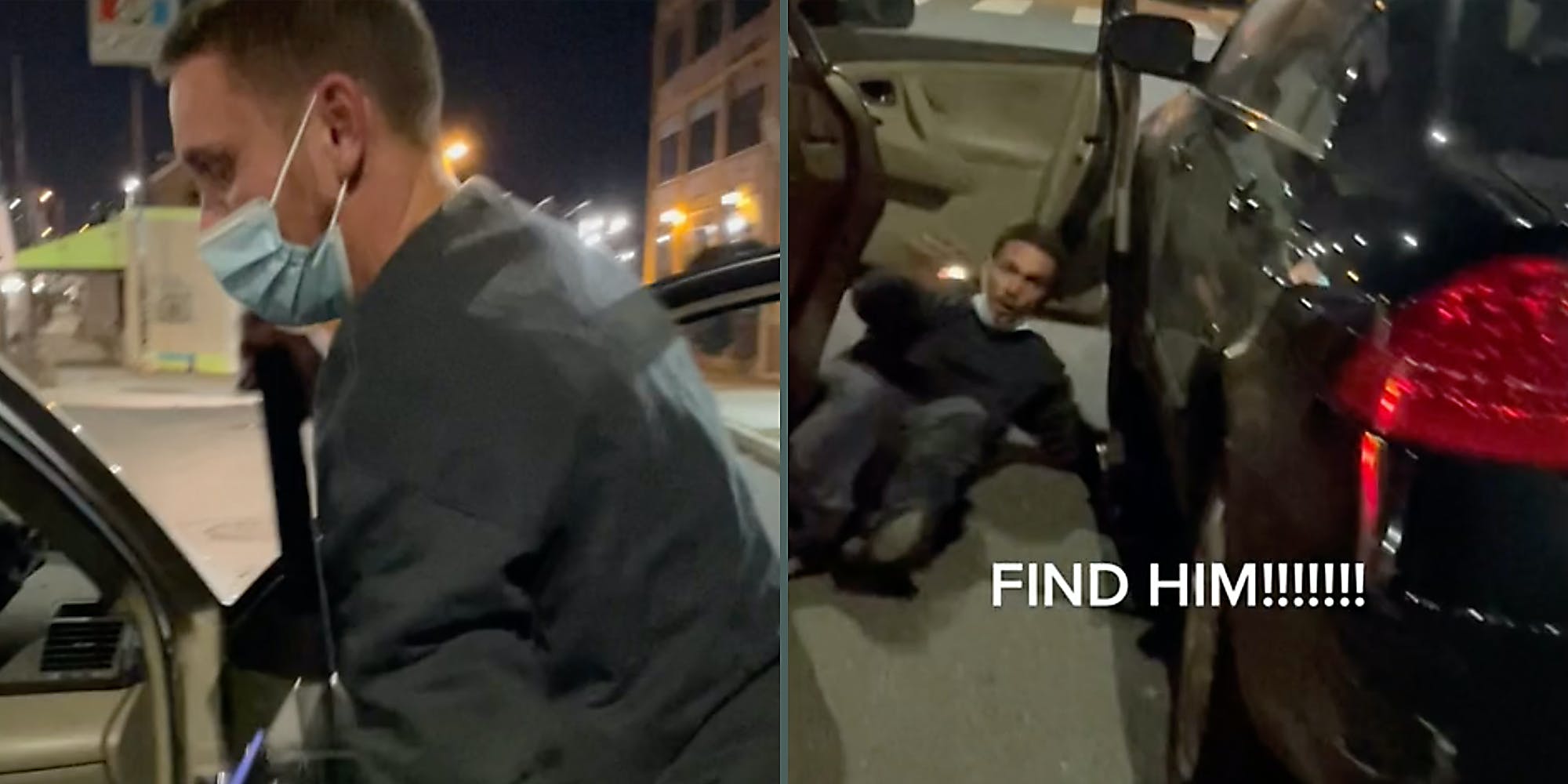 A TikToker caught a would-be thief allegedly trying to steal the catalytic converter from her car in the middle of the night. She decided to confront him on video and is now searching for more information on the man.

The user, Jani (@jdeprincess), posted a plea to TikTok alongside the video.

“I AM DISTRAUGHT!” she wrote. “Someone please send me any information you have on this man!!”

The TikTok shows Jani pushing exiting a building to a street where another car is pulled up directly next to hers, theoretically providing some cover for the man underneath her car who is seemingly trying to steal her property.

“What are you doing?” Jani demands, jarring his concentration. The man immediately starts gathering up his tools and retreating to his own car, claiming he wasn’t doing anything at all.

Nobody else seems to be around, and Jani noted in the video that the interaction took place close to 4am. She gets right up in the man’s face and tells him not to go anywhere.

The man ignores her and hops back into his car, but not before Jani got pictures of his face, his car, and his license plate—and the damage he allegedly did to her car.

I AM DISTRAUGHT ! someone please send me any information you have on this man !!

People were blown away that Jani walked right up and confronted the would-be thief.

“Okay I haven’t seen anyone say this and it needs to be said, YOU ARE SOOO BRAVE OMG things could’ve ended much worse,” user @dyanna.e wrote.

“My man had a literal saw and you ran him up like a toddler,” @mr.carstens added.

User @kane_n_kash felt similarly. “You yelled at him like he was your dog chewing on the couch,” the said.

In the comments, Jani confirmed that the incident took place on Delaware Avenue in Philadelphia, but it wasn’t immediately clear whether she’s identified the man or whether a police report has been filed.

The Daily Dot reached out to Jani for comment.

The post ‘YOU ARE SOOO BRAVE’: TikToker confronts man allegedly trying to steal catalytic converter from her car appeared first on The Daily Dot.