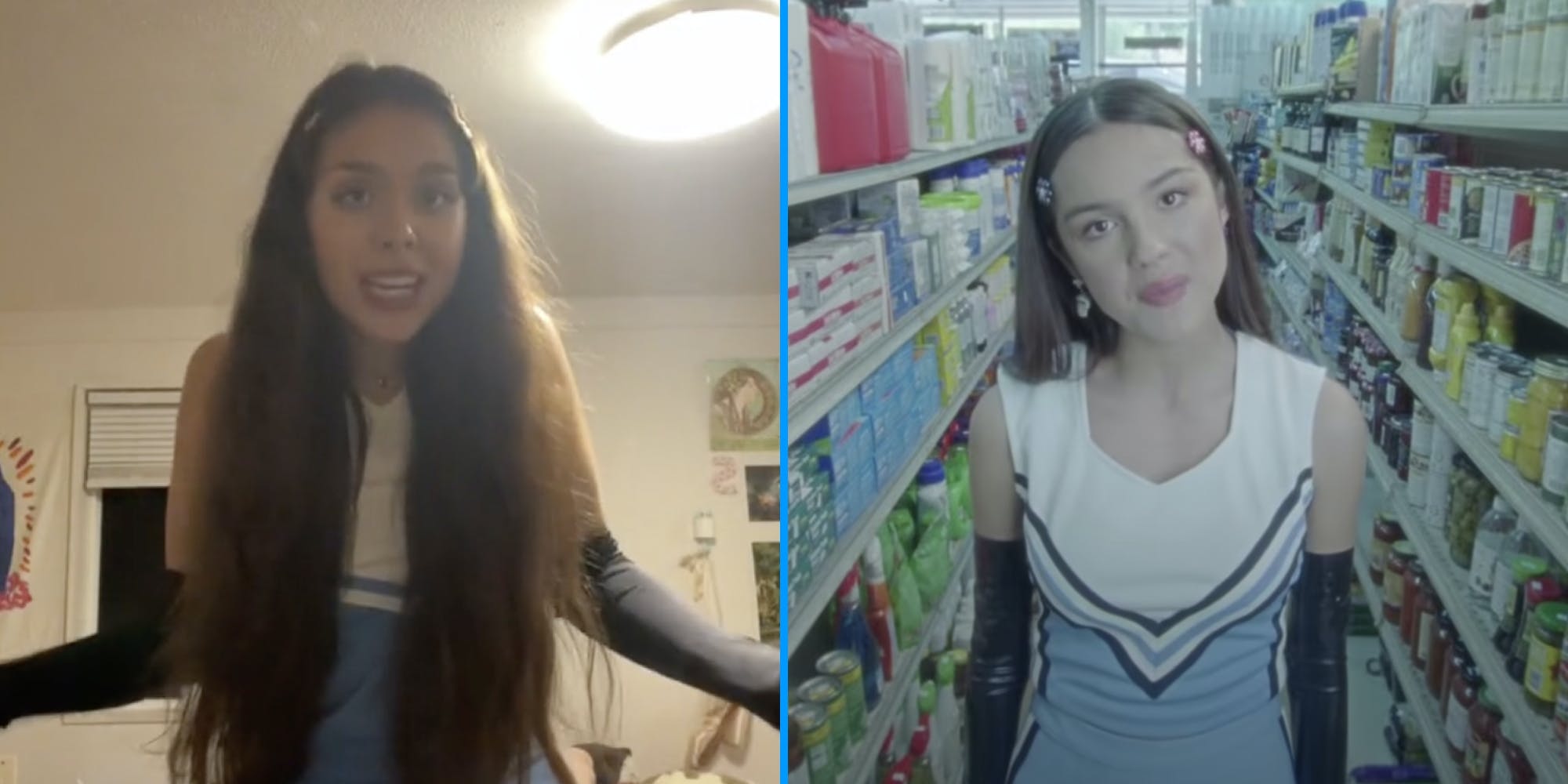 Halloween is full of celebrity-inspired costumes, but one TikToker’s Halloween costume caught the notice of the very person who inspired her costume.

TikToker @shelbykandrade did a Halloween costume reveal that started off with Olivia Rodrigo’s “enough for you” before it cuts to audio of Cher from Clueless (“Ugh, as if!”). It ends with a clip of Nicki Minaj’s “Itty Bitty Piggy.”

The TikTok audio is usually used for a makeover or transformation as well as a show of confidence, and in @shelbykandrade’s case, it resulted in the reveal of her Halloween costume. She started out in casual clothes and a braid before showing off a replication of the cheerleader uniform Rodrigo wears in the music video for “good 4 u.”

On its own, it’s an effective execution of the TikTok trend. But, as @shelbykandrade’s viral video demonstrated, TikTok loves its celebrity doppelgängers: Not only is @shelbykandrade dressed as Rodrigo in one of her music videos, she also looks a lot like Rodrigo. The video has been viewed nearly 2 million times.

“WHAT you look just like her omfg,” one person commented, who echoed a common sentiment

“I thought this was [Rodrigo’s] secret account or something what,” another person wrote.

Eventually, the transformation reached Rodrigo herself, who commented “YASSS” in all-caps in response to the video.

Even though Halloween’s been over for several days, she might’ve just won it.

The post ‘You look just like her’: Olivia Rodrigo doppelgänger goes viral on TikTok appeared first on The Daily Dot.