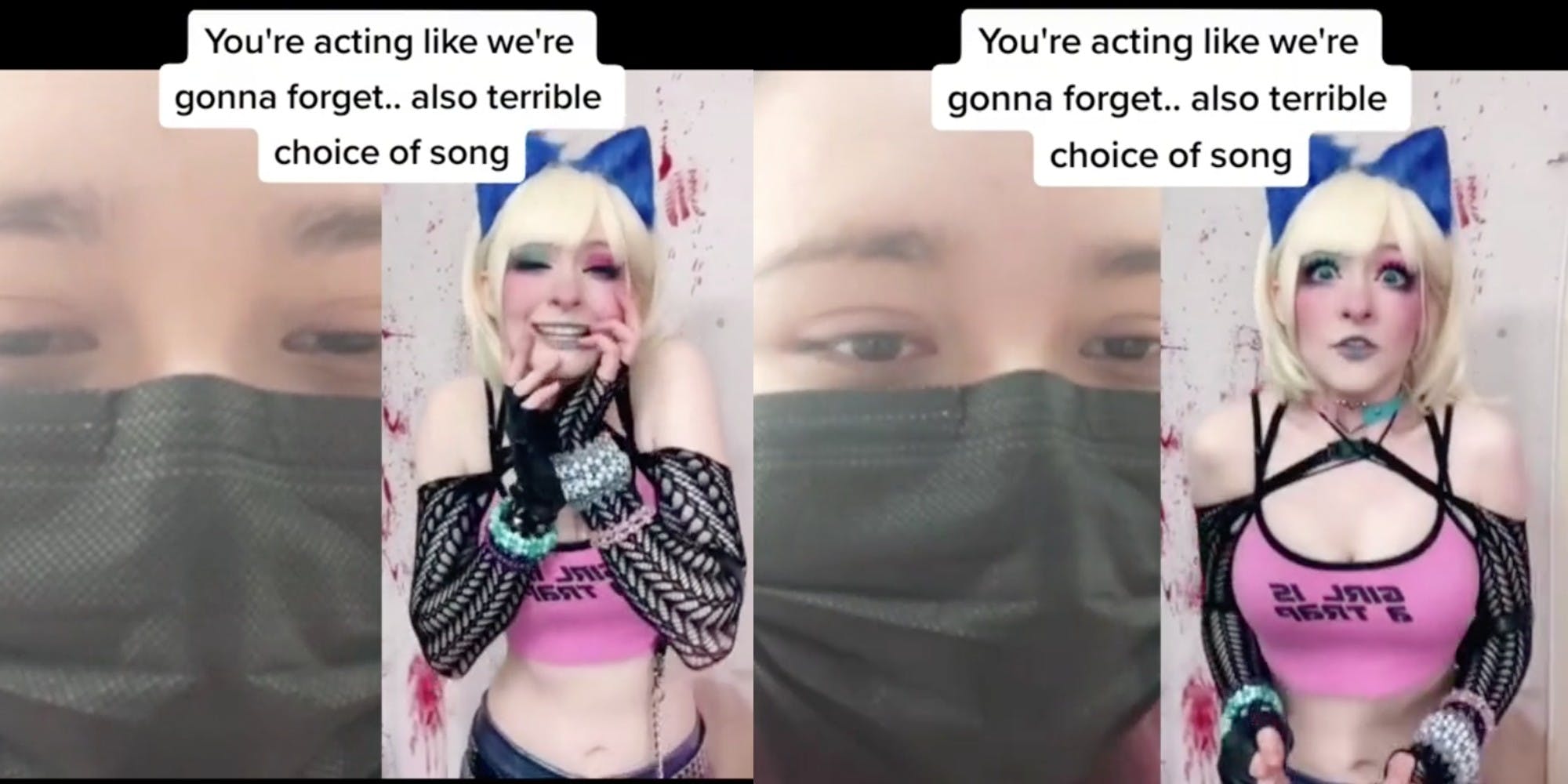 TikTok cosplayer Mary Anne Oliver-Snow is under fire for posting new videos after they were charged with manslaughter earlier this year.

Court filings from the Harris County District Courts show that Snow was arrested on Jan. 18 after allegedly accidentally killing a high school friend with a firearm, according to reporting by Dexerto.

Snow, known as @yandere.freak on TikTok, has 1.6 million followers on the platform and is from Houston. Their account appears to have gone private. But according to other TikTokers, Snow recently started posting again—and folks aren’t liking it.

♬ The Red Means I Love You on Spotify – Madds Buckley

He also pointed out that their song choice for the video, “Red Means I Love You” by Madds Buckley, probably wasn’t the best song choice for someone charged with manslaughter. The song includes verses like “You’re down and you’re bleeding / My head is just reeling / The red means I love you.”

TikTok user @peppermintwhore dueted the same video from Snow, asking, “How you gonna use this audio after getting exposed for unaliving someone.”

♬ The Red Means I Love You on Spotify – Madds Buckley

The case against Snow claims that “on or about Jan. 17,” they pointed a handgun at the high school friend and pulled the trigger while with a group of friends.

The friend group had reportedly been watching the movie Gotham. Snow explained to police after the incident that they are a cosplayer and like “characters and stuff”—she told her friends she had a gun like Gotham character the Penguin.

According to Dexerto, Snow said in a statement to police that the friends were all drinking and were intoxicated. They thought there weren’t any bullets in the gun.

The victim jokingly told Snow to shoot them, and they did.

The Daily Dot submitted an open records request for the Jan. 18 police report but did not receive it by the time of publication. However, a copy of the alleged report has been shared online.

The alleged report shows that Snow told police her ex-boyfriend left the gun behind after moving out of her residence. Snow claimed she didn’t know there were bullets in the gun at the time and claimed that her ex-boyfriend had taken all the bullets with him when he left. Snow said she had played with the gun before “as a joke.”

The post ‘You’re acting like we’re gonna forget’: TikTok cosplayer under fire for returning to social media after being charged with manslaughter appeared first on The Daily Dot.